Rather than the current system that gives airmen 100 typical test questions, the exam will include 60 questions to assess their knowledge and 20 brief scenarios to vet their decision-making skills. Each of the 80 questions will be worth 1.25 points for a total of 100.

The new section was developed with the help of behavioral scientists and Air Force senior enlisted leaders.
Click to expand...

Military personnel experts have tossed around the idea for years. A 2014 report by the think tank Rand argued that asking technical sergeants seeking promotion to master sergeant how they would tackle situations that they hadn’t yet faced on the job was “particularly promising.”

“The response options, which reflect effective and ineffective solutions, could be based on how master sergeants have attempted to handle these types of problems in the past,” the think tank said. “In doing so, they would increase the test’s ability to predict candidates’ performance and should increase candidates’ acceptance of the test as a fair and useful assessment of leadership potential.”

Another Air Force report on the topic in 2019 suggested a requirement that personnel explain their thought process on each question of the judgment test so there is a better understanding of their logic in a subjective situation.
Click to expand... 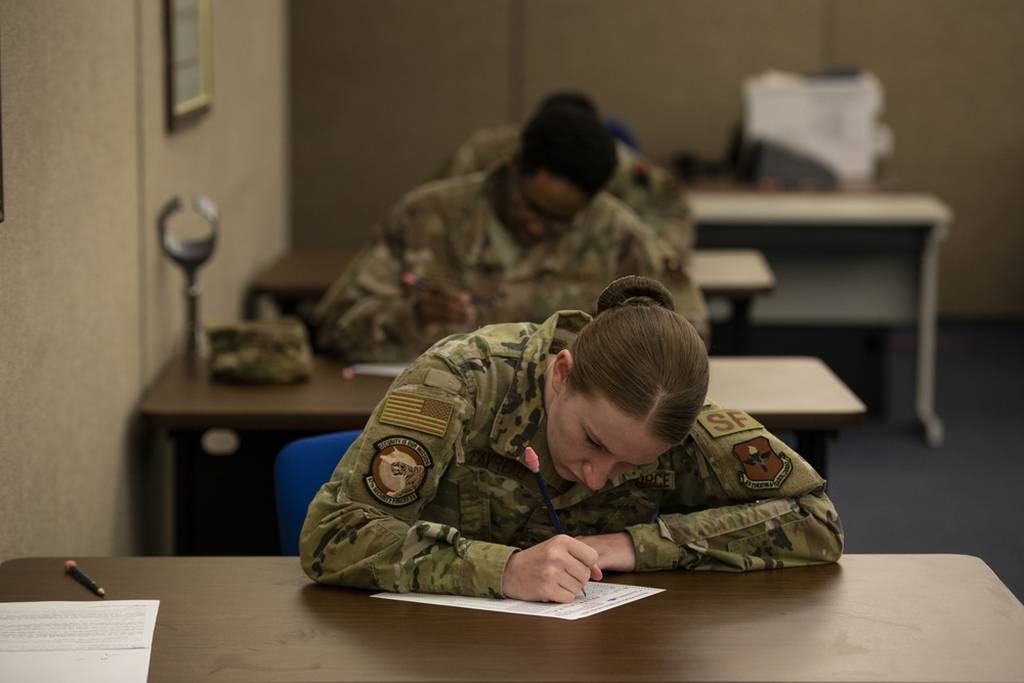 Air Force to test enlisted airmen on good judgment in 2022

Senior airmen seeking promotion could see the new section as soon as March.

Starting with the 22E6 and E5 promotion testing cycles, the Air Force will begin using Situational Judgment Test questions as part of the Promotion Fitness Examination.
www.af.mil
You must log in or register to reply here.

It’s official: The [US] Air Force will let airmen put their hands in their pockets while in uniform
2

‘You’re on your own’: US sealift can’t count on Navy escorts in the next big war

A Navy pilot’s take: The Air Force doesn’t have a pilot crisis, it has...
2